As I mentioned last week, I’ve been making progress with Heart Shaped Bruise, and I got round to writing my first chapter featuring domestic violence. It’s a tricky, tricky thing. Whether we like to think about it or not, domestic abuse is something that does happen, and it can be deadly. In the UK alone, more than 2 women a week die at the hands of their current or ex partners. That’s a mental figure, and the number of women who don’t is a lot, lot more, and that’s just the ones who report it. 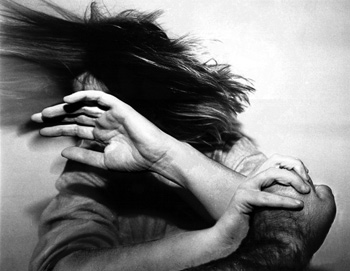 And, of course, it happens the other way around too. Last week, I saw numerous posts and shares on Facebook of a hidden camera video by ManKind, highlighting how domestic abuse against men is not taken seriously. In the video, passers by intervened while the woman was being attacked, but laughed when the roles were reversed. And, of course, when the video of Solange Knowles attacking Jay-Z in a lift came out, he became the butt of many a joke.

I’m writing about a woman being abused, but that doesn’t mean it’s exclusively a problem faced by women. I don’t even know how many times I’ve seen a guy being abused in the street by a woman, albeit on a Friday or Saturday night after, presumably, alcohol was involved.

The internet has been blowing up recently with the #yesallwomen and #yesallmen chatter, and it’s almost become a war about which sex is the most wronged, most harassed, most abused, most prejudicd. Why? It’s not something that should become the centre of a battle of the sexes. It’s abuse, and it shouldn’t happen to anyone. Ever.

Writing about it has been tough, and I’ve only written about the first instance where it was relatively “mild”. I know it’s going to get a lot, lot worse before it gets better for Cassie. It’s a subject that’s really, really close to my heart and like I said in a previous post, I really want to do it justice.

So, any feedback would be hugely appreciated – good or bad. I don’t want to make a caricature about such an important issue. If any of you have time, the chapter is posted here.

Thanks guys, and have a good week!

Get a free copy of Pull!